Today in the local newspaper an article was featured regarding Alzheimer's patients not doing well while in a hospital.
My husband has been in a hospital since May 29th and every day I struggle with wondering whether he should be there or not. If a new treatment that he is undergoing works as effectively as we hope, then I will be saying that it has been a nightmare with a fantastic ending.
My problem is that I can't tell what is the Alzheimer's and what is the effect of the various medications.
David has always been sensitive to any medicine. Where I may need an elephant gun to get me down, a feather dart thrown by a baby would do it for David.
So now we have him not being able to walk, sleeping mostly and occasionally enduring weird episodes that have put him in a state of delirium. I'm told he was like this before he came to hospital, which is really frustrating seeing as I was the one living with him and I know he was not like this!

Here's the thing too, we as healthy people can understand and see three nurses who are taking us to a bathroom. He can't. All he is aware of is noise and hands. Its scary and the staff do not have the time to speak calmly and slowly. So he panics, which in their eyes is being agitated and hence he receives more medicine to calm him down.

At one point today a nurse who was built like Mr and Mrs.Doubtfire on steroids pushed him down onto the bed when he didn't understand the word "sit down." Her shadow had already pushed me down. Yet earlier, David was sitting down with confidence as I guided him after we walked for a little bit.

I have been written up in their bad book for reasons that are easily found under the words love and care.
This is my husband, not a patient, so I am allowed to be with him and have more focus on only him. I did not forget "in sickness and in health."

With Alzheimer's on the increase and being discovered at ages under fifty, we have to explore different ways of treating patients. I have been warned recently of a vicious cycle for David; where he is taken to live at a nursing home where he will inevitably panic and they will send him back to hospital where he is over medicated and the whole cycle begins again. We are not prepared with current resources to take care of younger patients. They are stronger, more energetic, decline at a quicker rate and do not like listening to Danny Boy or playing bingo. Their awareness of their pain and lack of dignity is higher and their anxiety and fight against the disease is far greater than hospitals are ready for. Adding a pile of psychotic drugs to an already damaged brain until the person is like a zombie is not finding the best quality of life.

I leave the hospital every day with a huge question mark on my shoulders. I imagine one day a mascara will say on its label "not tested on Alzheimer's patients." 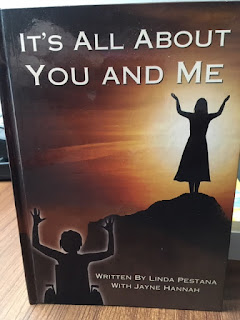