This is no surprise to anyone and everyone who knows me - I'm going to publicly admit that " grown up serious things go over my head!" These grown up serious things fit the following categories:
Politics, religion, sports, war, history, foreign policy and financial issues.
Most Sunday mornings the television show Meet The Press barks throughout our home.
My David used to watch this show like a sponge and I would sit and read, or pretend to read while dozing with open eyes. It's a skill!

Today, I was determined to watch and understand, as I feel like earth is quickly becoming a volcano from the outside in.
On comes Hilary Clinton and within seconds I am starring at her hair, shocked at how dreadful it looks.
Flat to the head, with those flip up wings at the end, that I see as helicopter blades. Is that her own personal mode of transportation? She just tenses up her hair flaps and pops off to Iraq from Pakistan.

Last night we went to see Laurie Anderson. Many people do not know her while some people remember her for that odd song "Oh Superman".
I appreciated the production quality and some of the music. When she was speaking as a man and mentioned corporate America being run by psychopaths, everyone cheered. I don't know why. I don't get it.
I know when things are wrong, but if I don't have an answer, then surely I don't like something only because it does not benefit me?
I'm plain confused. This week on the news we saw Gaddafi before his death covered in blood and looking horrified. We saw a convicted death row killer, who pleaded guilty, who now is going to get a re-trial.
The Occupy Protests are spreading, the IPad gets smaller and does more and some days I have the stuffiness of tobacco in my throat and nose, and I don't know why.
It all goes over my head.
at October 23, 2011 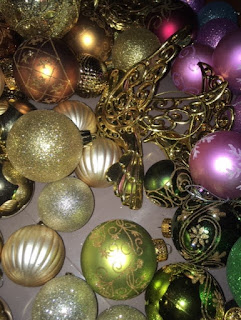