I dislike not being able to sleep and I love not being able to sleep.
My thoughts accompany me through such television adventures.
Miss California became Miss USA tonight, despite Kelly Osbourne's lipstick making her look as though she had kissed a frozen orange stick. You would have thought better make up on a beauty competition.
Then I stumbled upon The Glee Project.

Not being a fan of the show Glee, (I have only seen it for five minutes). I was happy to lose myself in this show where actors are competing for a role in the new series. It is described as the best talent show there is, and I agree. This is as close as you can get to auditions and learning how TV works. Of course, as close as you can underneath the umbrella of: we all live in a house and have to do weekly tasks before we all walk miserably to a bulletin board that tells us who is going home.

So, here is my point. I am picking up on many signs telling me to do something, yet habit prevents me from jumping in. I am the only person telling me no at the moment. I am the only publisher stamping reject on my work, because I haven't sent any writing out since April. (One piece is out there, lets not send the word reject too loudly into the universe).

We have a tendency to focus on no, on rejection, on failure. In sickness and in health. Yep, lets start with the sick bit. For richer or for poorer, perhaps we should just stop at richer, on the assumption that most of us are not rich, and those that are, still need to have more.
Or we bounce to the opposite extreme.
"How are you?"
"I'm absolutely fantastic, thank you, bless you for asking. May you have the bountiful day that I wish for you."
Insert Icon of Smiley face and bouncing monkeys swinging from rainbows, and play the soundtrack from Hair.

If you had a reality show about you - what would it feature? What would you go for?
In this decade do we now bring in the dream/ambition that a reality TV show will allow us the push we could have given ourselves? Is it added to resumes? I was featured in the audition crowd of episode one of "So you think you can cook/dance/act and model".

Is that now an excuse we can legitimately add to the underachievers excuse? Well, if they had a show on writing, I would enter that!

This is where I say, I dislike not being able to sleep because my habit is to say "not in this lifetime Jaynnee girl." Instead of typing Chapter One. 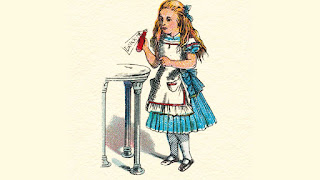